The Purpose of School is to Learn to Read

After two days of kindergarten, my young daughter arrived home from school in a huff.  “Mom!” she announced in an exasperated tone – throwing her new backpack on the floor and crossing her arms. “Just when is my teacher going to teach us to read?”

Clearly, my answer of “Well, learning to read is going to take some time but your teacher will help you learn to read. You just have to give it some time.” wasn’t the answer she was looking for. She gave me a frown and stomped off to her bedroom to put on her play clothes – school fading from her mind.

Like many young children who love being read to, in her mind the purpose of going to school was to learn to read.  Unfortunately, many children have not had enough experience with books during their preschool years to make this connection in their young minds.

To learn to read, primary children have several foundational skills to learn. The first is to identify the names of the letters of the alphabet and at least one key sound that each letter makes. Until a child has an understanding of alphabetics, it is not time to worry about asking children to learn sight words.

After children can identify and link letters and sounds,  beginning readers need to understand that groups of letters create a word that has meaning. For example, some children know how to write their own names before coming to kindergarten. Others lack any sense of letter-sound relationships.

You can help students understand the concept of a “word” by using labels in the classroom and helping children see words over and over again in the classroom and playing with them in fun and engaging ways. Children also learn these important concepts through explicit and direct instruction in phonemic awareness activities.

As children learn that letters form words, they connect with the idea that words are “talk” written down. Children need to connect the “word” they see to concepts and ideas that they can already express verbally.

Have students watch you write down the words for stories they dictate. You can also post word cards with corresponding pictures around the room for children to see over and over again. You can call attention to these words and their meanings regularly.

Use a pointer to read the words on a big book read aloud. Have students use word finger-pointing as they follow along as you read.

Children should apply phonics skills to decoding. Point out the familiar patterns in words they see. Help children identify “C-A-T” by using onset and rime patterns. Help them also identify words such as: sat, mat, pat, and hat.

Provide students with manipulative tiles and ask them to physically replace letters to create new words they also understand. When children can identify important rime patterns, they are learning to improve their decoding skills.

What are Sight Words?

There is confusion about exactly what educators mean when they talk about sight words. Sometimes they are referring to “high-frequency words.”  These are words that are commonly found in everyday language and texts.

Edward Dolch and Edward Fry both identified “high frequency” word lists for educator use. Their lists include the most common words that elementary students see in grade-level texts. Many teachers use these lists with their students to introduce and help students identify these high-frequency words.

Why is it Important to Identify and Learn Sight Words?

Learning to decode words and connect them with meaning is a cognitively demanding process for beginning readers. When children first learn to read, they are focused on decoding the text. This leaves them little cognitive energy left to make meaning out of the words mean.

According to Kuhn and Stahl (2003), fluency happens when we parse sentences quickly enough so our mind gets the meaning.

Even fluent adult readers drop back to their decoding skills when they come across an unfamiliar word while reading. As beginning readers, children need to develop both decoding and fluency skills. For this reason, building a bank of sight words helps.

According to Ehri (2005), visual memorization of words in isolation is not as effective. He recommends repeatedly seeing important words in context or paired with important concepts.

Ehri says that virtually all words commonly read have become sight words for proficient, adult readers. It is our instant word recognition that gives us meaning from the text we are reading.

As children develop strong decoding skills, it is also important that they interact with common sight words regularly. As children recognize more sight words, their fluency improves. This helps them save more of their cognitive energy for meaning making and enjoying what they are reading. 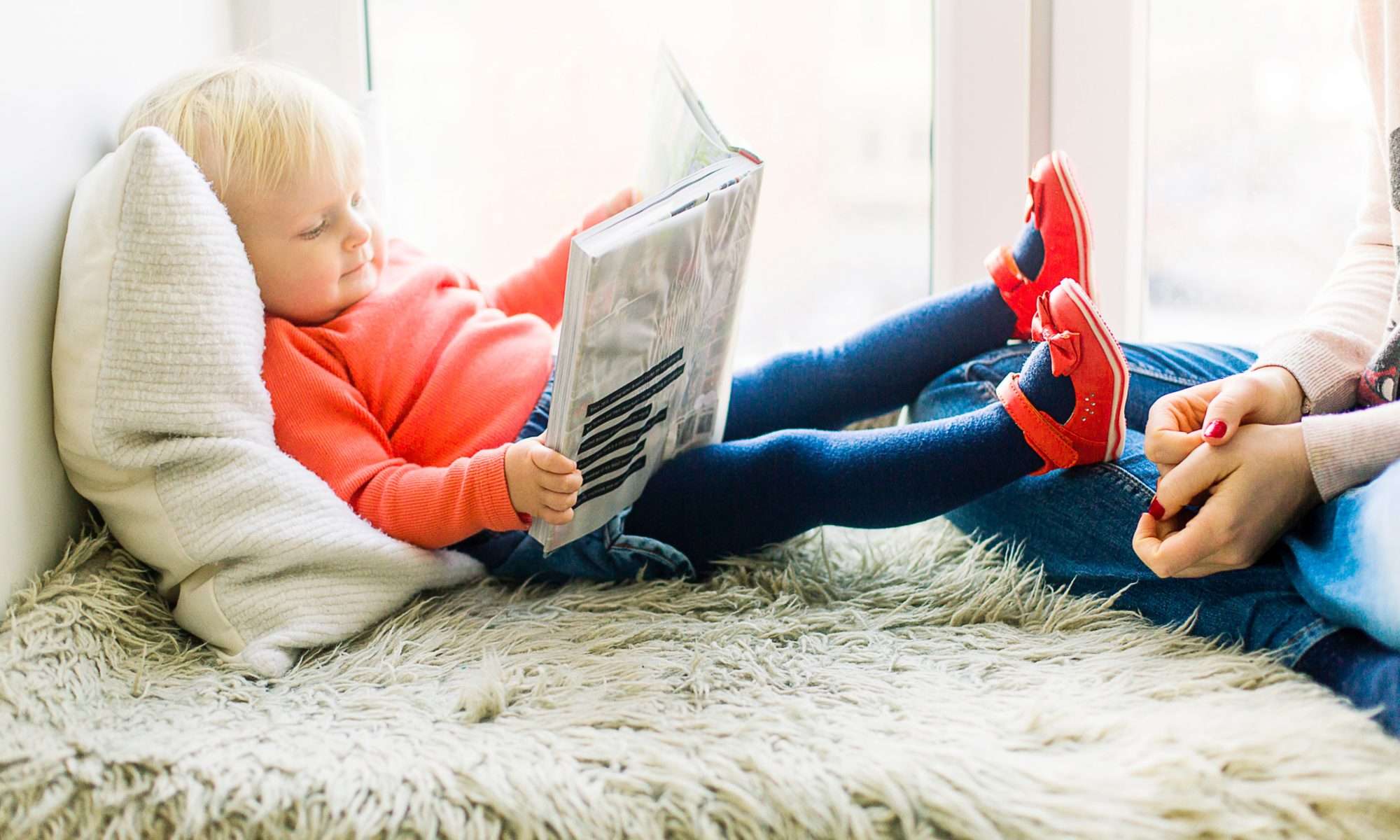 What is the Research on Teaching Beginning Reading?

Over the last 50 years, teaching beginning reading to young children has been the subject of much research and considerable controversy (i.e., “The Reading Wars”).

At the request of Congress, the National Reading Panel looked at a multitude of research on how to teach beginning reading skills to young children. The panel published their findings in April 2000, citing 5 critical areas of reading instruction: phonemic awareness, phonics, vocabulary, fluency, and comprehension. Their report summarized the effective practices in teaching reading for each instructional strand.

Despite the passage of 21 years, little has changed in what researchers know about effective practices in teaching beginning reading.

In 2019, the Deans for Impact organization reviewed the research data on beginning reading. Their goal was to learn more about how young children develop agency, numeracy, and literacy.  This guide summarizes the most recent scientific knowledge about how children develop, learn to read and write proficiently and develop math skills. This article will summarize their findings of reading and writing.

Children need to learn both letters and sounds in the English language to understand letter-sound relationships.

Understanding phonics is a foundational skill for beginning readers.

Teachers can model fluent reading so children can hear what proficient reading sounds like. As they read aloud, teachers stop to call attention to essential elements in the passage. These elements include new vocabulary, punctuation markers, and unfamiliar word types in the passage. After listening to the teacher, students practice reading the passage several times aloud to improve their performance. The teacher provides guidance and feedback to strengthen student reading success.

As with any skill, practice – along with with guidance and feedback – improves beginning reading. Give access to books and reading materials as much as possible at school and at home. In addition, supporting a child’s intrinsic motivation by giving them fun and interesting materials is more likely to result in reading improvements than are extrinsic rewards or incentives.

The more children want to read and view reading as enjoyable, the quicker their reading skills will grow and develop as competent beginning readers.

For many years, the conclusions of the “30 Million Word Gap” Study influenced the importance of preschool learning. During the last decade, their long-standing conclusions have been called into question.

In the 1990’s, Betty Hart and Todd Risley studied the amount of language heard in the home for children from birth to age 3. Their work studied 42 families from different socioeconomic levels to learn how much language each group of students heard during the preschool years.

To study preschool language acquisition, Hart and Risley gathered 1,300 hours of observational data about the language used with children in the home environment. Their task was to track the type of oral language and vocabulary experiences that each child was exposed to during these critical early years.

Their research, published in 1995, identified a 32 million word gap between the children from professional families and the children from low-income families. Hart and Risley reported, “By the time the children were 3 years old, trends in amount of talk, vocabulary growth, and style of interaction were well established and clearly suggested widening gaps to come.”

According to their data analysis, by age 3, children living in professional families had a recorded vocabulary size of 1,116 words with 310 average utterances per hour.

Children in the working class families had a recorded vocabulary size of 749 words with 223 average utterances per hour.

Low income children had a recorded vocabulary size of only 525 words with only 168 utterances per hour.

Hart and Risley stated that their research explained why some children come to kindergarten with a wealth of literary experience and a strong vocabulary while others have a limited vocabulary and lag far behind their peers even from the first day of school.

Recent efforts by researchers Douglas Sperry, wife Linda Perry and Peggy Miller (2018) attempted to replicate Hart & Risley’s work to some degree. While their study was not an exact replication, Sperry and colleagues did not able to find any significant differences in the amount of language heard by children in different socioeconomic level families in their own study.

While Hart & Risley had live observers in the home, the Sperry study used a more unobtrusive recording system to capture talk that took place in each family. One theory was that parents and children may respond differently when live observers are present in the home. Sperry also charged that the word gap study may have had a cultural or racial bias that undervalued or misinterpreted speech activities in diverse families.

A 2017 study by Gilkerson and colleagues using automated recorders tucked into children’s clothing found some similar – but not identical – gaps in early language experiences as did the Hart and Risley study.

Regardless of whether or not the original Hart and Risley study had some flaws, the importance of investing in early childhood education as not been truly debunked.

This is evidenced by many other studies on this topic as well as the success of the Perry Preschool participants and the multi-generational effects that this program had on their young participants.

There is little doubt that there are still vast inequities in American society and the education that children from different racial and socioeconomic backgrounds receive. While whether or not there is really a 30 million word gap between preschoolers coming into our classrooms, gaps in the word knowledge that children bring to school is still very clear for teachers.

We must continue to advocate for more early childhood education in order to help children close their vocabulary and word knowledge gaps.

Children need support and the advantages that early learning can provide so they can come to the kindergarten door prepared for learning and success in life.

Karen Tankersley, literacy coach, reading specialist, and author of the Threads of Reading Series on effective strategies for teaching reading in grades K-12.